YamatoHK reduced the operating cost by 83.3% by moving to Serverless with AntStack!

To improve their logistical solutions while delivering thousands of parcels daily, YamatoHK Logistics HK migrated to a serverless platform, partnering with AntStack. They launched the first cloud-native, serverless application - a Parcel Management System which processes more global delivery parcels in the shortest lead time and scales reliably while increasing automation.

As YamatoHK strives to deliver parcels and offer warehousing with more speed and reliability, they wanted to migrate to seamless, newer technology. They ran on physical servers and VMs to manage their PMS and WMS. PMS deals with delivering and tracking parcels, whereas WMS involves storing the package in the warehouse. These two systems needed a major overhaul. Customers worldwide were expecting a quick turnaround and real-time data integration. With its physical servers and manual processes, YamatoHK could not support automation. So if they needed to scan a package and add its details to the system, it would have to be done manually. Building an enterprise-grade SaaS application to integrate with their scanning machine became mandatory for speed and efficiency. It was challenging for YamatoHK to run the systems the traditional ways because of the complexity involved in scaling the systems, the operational cost, and the burden. Serving a global network, YamatoHK wanted a stable system with no functional issues to provide quality service and a scalable solution for their customers worldwide. They were looking for a state where they need not worry about the hardware and server management when they scale up and down. With the old system, inventory report generation was too cumbersome and took time. Therefore, YamatoHK was looking for a one-stop solution with AntStack. To streamline their logistics services, they leveraged AntStack’s technical expertise. They wanted to boost the performance of their information systems and enhance integrated logistics that incorporated warehousing, order processing, tracking, and transport.

“While running the server in Hong Kong, the process had many bottlenecks and single-point failures due to hardware issues. We were running our applications on a physical server and wanted to migrate to newer technology for a more stable service”, said Samson. Due to server issues, electricity downtime, and other disruptive factors, the YamatoHK team had to work over the weekends. Going serverless meant that the hardware management, scalability, and elasticity are taken care of by AWS in a highly efficient and seamless manner, making the system super stable. They can now quickly and easily scale up without worrying about the hardware and server management.

Partnering with AntStack, YamatoHK developed a PMS (Parcel Management System), which became functional in six months. From a project standpoint, they continuously build customer-specific applications. YamatoHK was looking to quickly ramp up bandwidth during the initial stages of the PMS project. Once the product matures, they would run down the bandwidth with the on-demand model of AWS. With AntStack, YamatoHK got the flexibility to ramp up the team quickly.

Logistics customers expect a quick turnaround; therefore, YamatoHK wanted to progress to seamless, newer technology. Services running on a SQL server, and hosting on a windows application, was costly and inefficient. AntStack provided a one-stop solution with Parcel Management System (PMS). It has upgraded to a much faster, cost-efficient AWS Serverless, offering very high-speed service. The overall performance gain is enormous.

YamatoHK can save thousands of dollars every month by going serverless. Along with the technical team of AntStack and running a serverless application did not just help them get flexible and efficient but also cost-effective. YamatoHK Logistics spent around $3000 with the old application to maintain the database and windows server every month. With the new serverless application solution, co-engineered by YamatoHK and AntStack, the cost falls under $500 for running both applications. That’s a 83.3% cost reduction straight.

The logistics process at YamatoHK required automation to build a serverless application and integrate it with the high-speed scanning machines. To onboard customers faster, they wanted to escalate the integration process using APIs with a backend in Singapore. Real-time data transfer and integration were not achievable with the old application. Through AntStack, they could enable the customers with better API integration for quicker onboarding, better services, newer technology, and easier integration.

Deployment of an Efficient Technical Team

AntStack continues to help the YamatoHK team optimise services and performance by offering them excellent support and knowledge transfer. It was difficult for YamatoHK to find experienced technical developers for API gateway deployment and front-end technology. “We wanted to partner with AntStack to leverage their expertise, grow our team and focus on AWS. Developers in HK are rare and very expensive. Working in collaboration with the AntStack team, our team gained a lot of experience in backend Lambda, step function, API gateway deployments, group template using SAM CLI and confirmation, technology related to security, and much more”, said Samson. YamatoHK’s in-house development team utilises Elasticsearch with AWS to store, search, and analyse vast volumes of data quickly and in near real-time for the Parcel Management System (PMS).

With the old system, inventory and other reports at YamatoHK Logistics could only be generated once a day, overnight, as it was considerable data to process. It would take almost half an hour to generate those reports. Now, they can create reports instantly with the new design and WMS structure. The results can be quickly downloaded into an Excel sheet on the front end. It enables them to run every process in real-time.

With AntStack, we are upgrading to faster, cost-efficient servers offering very high-speed service. The overall performance gain is huge. 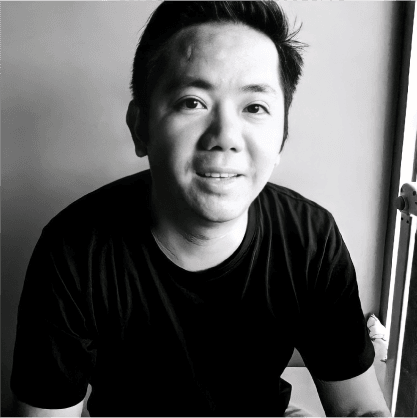